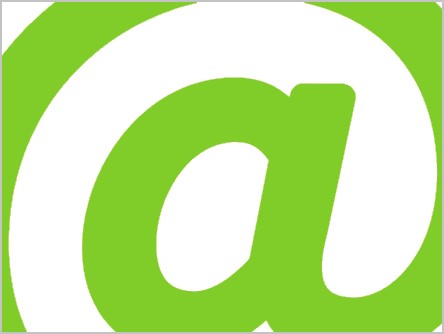 How to reduce time spent on emails – Part 2

How can I spend less time on emails? Email is here to stay and its use continues to grow. Having looked at how automating the processing of emails can help, the second part of this article considers more ways to save even more time.

First of all, to recap, according to Radicati, in 2019 the average number of business emails sent and received per user per day was 126. Of these, 96 were incoming, 19 being spam, and 30 were outgoing. In 2018 Adobe found US workers spent and average of 3.1 hours a day on work email.

Worse still, on average we spend up to 90 minutes each day, or 7.5 hours a week, recovering from email interruptions, this according to a survey by Loughborough University.

Organisations operating in the maritime sector are receiving thousands of emails a day. With these volumes it is essential to have in place procedures and processes to deal with such volumes.

What specifically can be done about this? We will now look at some other ways, other than automation, in which individuals can save time when dealing with emails.

From David Allen’s book Getting Things Done, the two minute rule is as follows:

“If an action takes less than two minutes, it should be done at the moment it’s defined”

…even if it’s not an urgent or high priority task. The rationale is that if a task can be done in less time than it would take in total to organise it, add it to your to-do list and finally process it, then it’s much more efficient to do it there and then. This does however come with a few provisos:

• the two minutes has some flexibility, it could be slightly shorter or slightly longer than two minutes, the idea is it is applied to a task that can be completed quickly
• it’s not to be applied at just any time. If that were the case you would be constantly switching tasks and not using time efficiently. In other words the time when you need to be focussed would be interrupted – it’s only to be used during time for which you have planned to be in a “processing mode”
• if you suddenly recognise you misjudged the time required and it’s going to be much longer, then stop – don’t upset your productivity. The whole idea here, when applied to clearing your inbox, is to bring it up to date quickly, not to undertake tasks that need prolonged, careful thought, obstructing time already allocated to important tasks

So, the two minute rule when applied to emails is, having allocated some time for processing, if an email is likely to take less than two minutes to both read and action, then do it immediately. Action could be to respond, delete, delegate, archive, or unsubscribe. If not, then store it away for later, add it to your to-do list.

Although not possible for some, consider whether it’s possible for email to be checked only at certain times of the day. Regular email checking is a major distraction. According to the McKinsey Global Institute, we check emails around 11 times an hour, 64% of us use email notifications and a staggering 70% of emails are opened within six seconds of receiving them. The potential to save time is therefore enormous.

With constant interruptions disrupting those times when focus in necessary, your ability to work efficiently is dramatically affected, especially given the time it has been proven to take to fully recover from interruptions, up to 25 minutes. Not only is it the reading through an inbox that disrupts, but also the constant reminders on your desktop or phone – if you can, turn off audible and visual notifications, particularly those on your phone. If you are able to do this, you will find it much easier to maintain your focus on the task in hand.

This will work with the “two minute rule” referred to above, by scheduling blocks of time throughout the day, say 15 minutes at a time, where you can be in that “processing mode”.

The obvious culprits here are FYIs, CCs and BCCs along with colleagues who regularly send emails that you consider to be longer than are absolutely necessary. Let everyone know when you feel you don’t need to be copied in or where you feel emails could have been kept to two or less paragraphs. Restrict the flow of incoming emails wherever you can.

In addition to the emails you receive that are directly work related, there will also be spam, newsletters, articles and such like – emails that could be considered non-essential. When reviewing the contents of your inbox, decide which emails are important and deal with the rest, by treating as spam, unsubscribing or diverting (using rules) to a folder to be read later.

It may be helpful to set up a group of folders that can then be used to clear your inbox and organise your activities. In other words, don’t use your inbox to store messages, worse still is where it becomes your to-do list. By doing so, each time you look at your inbox it’s likely you will be reading then re-reading the same emails. Using folders can help avoid this: move urgent items to “action”, and those less urgent to “pending”. For the remainder you could use “reference” for items to read when you have more time, and finally “archive” for the rest, i.e. those emails you may want to look at eventually and so don’t want to delete. Such a system can be particularly useful when used in conjunction with the allocation of blocks of time for different activities. For example, late afternoon may be a quiet time of day during which you can read through the “reference” folder. When you normally feel at your most energetic, that would be the time to tackle the “action” and “pending” folders.

Using such a system does make it easier to find emails – rather than have a full inbox and the stress this causes. At the same time these folders can be used as to-do lists – “action” being the priority, “pending” less so, “reference” on the back burner.

The obvious downside to using such a system is that it takes time to first read and then decide which emails should be moved where, and If you have too many folders even the time taken to move emails can soon add up. If you are a fan of the “two minute rule” you may need to adopt a hybrid version, actioning those emails that can be dealt with quickly rather than reading, then filing the rest for later.

With the average number of emails sent and received per day at 126, 3.1 hours a day to work on them with a further 90 minutes of wasted time following email interruptions, the potential for cost savings, direct and indirect – by reallocating time to more beneficial of profitable uses – is enormous. Such savings are available by implementing a number of simple practices, by automating processes, and even more by using specialist software such as our own CompassAir.

Assuming average salaries, email numbers and time spent on emails, by shaving off just ten percent of the latter the savings are significant. The higher the salary and the higher the number of emails, then those savings will be proportionately higher. Far more important however, are the benefits that will flow from reallocating effort, especially for those team members who can directly impact an organisation’s bottom line. Clearly something worth a closer look.

Contact us for more information or a short demonstration on how CompassAir can benefit your business, and find out how we can help your teams improve collaboration and increase productivity.