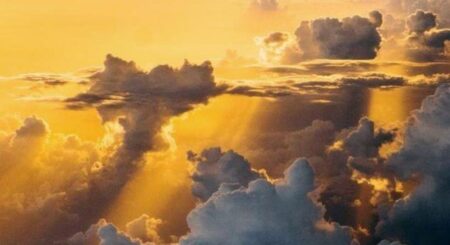 Cloud services are now an accepted, well used feature of nearly every business. It was estimated that in 2018 over 96% of all organisations use it in one way or another. The following article provides an overview of the differences between each of the three main cloud providers, AWS (Amazon Web Services), Microsoft’s Azure and Google Cloud. For more information, and what to consider when deciding whether or not to move to the cloud, see our article “Cloud or on Premise?“.

A public cloud is one made available to many customers by a cloud provider. It runs on remote servers managed by the provider, access being over the internet. It shares computing services amongst those customers even though their data is kept separate from each other. A private cloud, on the other hand, is not a service shared with other customers. The responsibility for management and maintenance of the data falls to the company, the owner of the data. Using the public cloud means that your data is stored in a provider’s data centre, they being responsible for the centre’s management and maintenance. A hybrid cloud environment is one that extends a secure private cloud to a public cloud when a demand for additional resources arises, without the risk of an internal overload, a mix of the two.

The advantages of the public cloud include resources not having to be used to manage servers; stronger security is available to small and medium sized enterprises (i.e. those with smaller budgets); and there is an opportunity to reduce IT costs by outsourcing to an efficient provider. Economies of scale also mean public clouds often cost less to run than private clouds for individual users. The downside  can sometimes be with compliance and security: some organisations need to adhere to strict rules , one example being healthcare organisations in the US with HIPAA 1996.

The most important advantage for many is that a public cloud strategy allows an organisation to grow at an almost infinite rate, possible with an on-premises data centre but this can be expensive, without the need to buy more hardware nor with the responsibility to maintain a growing network.

Choosing between the three (or others, such as IBM, Oracle etc.) is not only about pricing, one needs also to consider, for example, the size of organisation and its projected growth rate in addition to the budget available. There are also technical differences, which means that before making a decision you would be well advised to refer to an expert – a significant amount of investigating is time well spent when about to invest in a cloud partner.

In November 2019 Goldman Sachs produced a report stating that AWS, Azure, Google and Alibaba made up 56% of the total cloud market, projected to grow to 84% in 2019. It shows AWS in the lead with a 47% market share projected for this year, helped by reach and length of time on the market, with Azure at 22% and Google at 8%.

AWS’s biggest strength is that it dominates the public cloud market – being the most mature enterprise-ready provider, with the deepest capabilities for governing large numbers of users/resources. Azure and Google are behind Amazon, but they are rapidly narrowing the gap.

It should not be difficult for an organisation to access the services of any of the main providers, although each has a different structure and terminology.

AWS is hosted in multiple locations around the World. They are known as “Regions” and “Availability Zones”. Each Region is a defined geographic area, and is completely independent and designed to be isolated from other Regions. This achieves the greatest fault tolerance and stability. Each Region then has multiple, isolated locations known as Availability Zones (AZ). Each AZ can have multiple data centres (typically 3, and can consist of hundreds of thousands of servers), each one having their own power infrastructure, each AZ physically separated with a meaningful distance between them, up to 100km.

AWS not surprisingly has a larger global footprint than any other cloud provider, however its competitors are catching up.

Azure currently has 54 Regions worldwide and is available in 140 countries around the world. A “Region” is defined as “a set of datacentres deployed within a latency-defined perimeter and connected through a dedicated regional low-latency network”.

An Azure “Geography” is a discrete market, typically containing two or more Regions that preserve data residency and compliance boundaries. This allows a customer’s data and applications to be kept close by, if this is required. They are designed to be fault tolerant, to withstand complete region failure. “Availability Zones” are physically separate locations within an Azure region. Each Availability Zone is made up of one or more datacentres equipped with independent power, cooling, and networking.

Like Azure, Google Cloud is also expanding rapidly. Its resources are hosted in multiple locations known as Regions and Zones. The former is a specific geographical location containing one or more Zones (US-West1 has three zones, for example, US-West1a, US-West1b and US-West1c), each containing its own resources. Again, choice of location is available, and using multiple zones and regions will tolerate outages. Each Zone is isolated from other zones, and most single failure events will therefore affect only a single zone.

Who uses each provider?

As you would expect, with AWS being the oldest and biggest player in the cloud market, it has bigger community support and user base. Therefore AWS probably has more high-profile and well-known customers, such as Netflix, Airbnb, Unilever, BMW, Samsung, MI, Zynga, etc.

Azure has and is also gaining more high-profile customers over time. The majority of Fortune 500 companies in the US use Azure, Microsoft itself stating “more than 95 percent of Fortune 500 companies trust their business on Azure today”. Some of its major customers include Adobe, Samsung, Johnson Controls, AP Moller-Maersk, HP and Intercontinental Hotels. In the UK, as well as major commercial enterprises, Azure is widely used by numerous Government departments including the MoD, NHS and HMRC.

With the added advantage of a five year head start, AWS computing services are by far the most evolved and functionally rich. AWS offers around 200+ services, whereas Azure offers up to 100+ services. Google Cloud, on the other hand, is catching up with Azure and AWS, currently offering around 60+ services. One potential downside when going with the biggest provider is that some users have observed that the size and sheer scale of the Amazon platform sometimes makes it difficult to get much professional attention.

Azure is currently the only platform of the big three to offer a true hybrid cloud model because of its massive on-premises legacy. That gives companies the best of both worlds when it comes to scalability and security.  The best advantage of hybrid cloud platforms is demonstrated in its storage solutions. Companies are able to take advantage of off-site storage for non-essential functions and some applications.

Google specialises in offerings like Big Data, analytics and machine learning, also offering scale and load balancing, and fast response. It doesn’t offer so many services, nor has as many data centres, and whilst remaining in third position, like Azure, it is expanding fast.

For a more detailed comparison of the services offered by each of the three majors see the article by Varonis from earlier this year, and for a more technical comparison see EDUCBA.

Making a price comparison is difficult as each provider changes their prices frequently. Pricing models range from a subscription-based model that is billed per month/mailbox/licence (irrespective of whether resources are used or not), through to pay-as-you-go, allowing subscribers to pay only for the resources that they use.

AWS’s biggest weakness is said by many to relate to cost: many enterprises find it difficult to understand their cost structure and hence manage those costs. There isn’t much transparency, although the platform does provide its customers with a cost calculator. The pricing structure is so complex, some assistance will probably be necessary to navigate through the options available and thus enable costs to be controlled.

Azure also has its own pricing calculator to help potential customers understand what various combinations of services will cost.

Pricing is one area where Google does try to differentiate itself, by making its pricing structure more transparent and customer-friendly. It strives to undercut the list prices offered by most cloud services providers and make available discounts and other incentives to win business. AWS and Azure both offer pay-per-minute billing, whereas Google offer pay-per-second, a service which can also lead to further savings.

It is important to choose the right cloud vendor. It’s about choosing the best-suited cloud provider according to the needs of your own organisation.

AWS through its sheer size and the length of time it has been around wins on establishment, availability, market share and number of services. It brings with it a stable, reliable service with a long track record. It has a wide range of services and is particularly suitable for larger companies.

Google Cloud has simplified pricing together with attractive discounts. It is also investing in a faster global cable system to improve performance.

Azure wins on integration with open source and on-premise systems (e.g. MS tools) – using Azure makes more sense to the many organizations that use MS tools since they are easy to integrate. Azure’s commitment to the open-source community and integration with the software and apps that many companies are already using makes it the first choice for many start-ups and developers. The result is that configuration and integration are effortless with fewer concerns about compatibility. Azure also offers a vibrant community, support, and a reputable name that’s synonymous with corporate computing. Azure is ideal for a company moving to the cloud for the first time with most of its existing software being Windows-based. It’s also ideal for an organisation that seeks a hybrid solution, an easy learning curve and a cost efficient platform with a provider that is rapidly increasing its market share.

Visit our main site compassair.info for more information on our software and find out how we can help your teams improve collaboration and increase productivity.